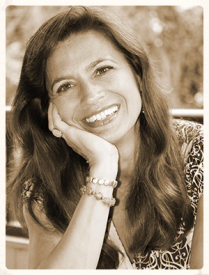 I've been a storyteller since I could string words together, which, when I was little, meant very energetic, yours truly performances. I'm not sure I ever stopped those, but I did learn to write.

And I've tried my hand at just about everything--poetry, short stories, movie scripts, a dissertation, which is a very very very long book.

I also played basketball, violin... basically I tried a little of everything, and then I used those adventures to make new stories.

While I've experimented with different types of writing, kidlit is my writing playground. I get to create worlds as tasty as marshmallows, turn sharks into heroes, and float on misty currents with dragons. It's fantabulous! And it changes as often as the colors of the sky. I can't imagine a better place to work and play. Although chasing my dogs through the ocean in San Diego, California, where I live, isn't too bad for a regular old day.

My books have won various awards. One of the neatest has been the Read Across Oklahoma Book award. Both Rope 'Em! (Kane Miller 2011) and Toby (Stonehorse 2014) have been honored. The committee gave away copies of my book to Oklahoma City's pre-K and kindergartners, and then I got to read to them. We had A LOT of fun acting out my stories. There's no telling what sort of new tale that will inspire, but it will be a good one.

I've also collected a few degrees along the way, my most recent being an MFA in Writing for Children from Vermont College, and an agent extraordinaire, Stephen Fraser, who is with the Jennifer di Chiara Literary Agency.